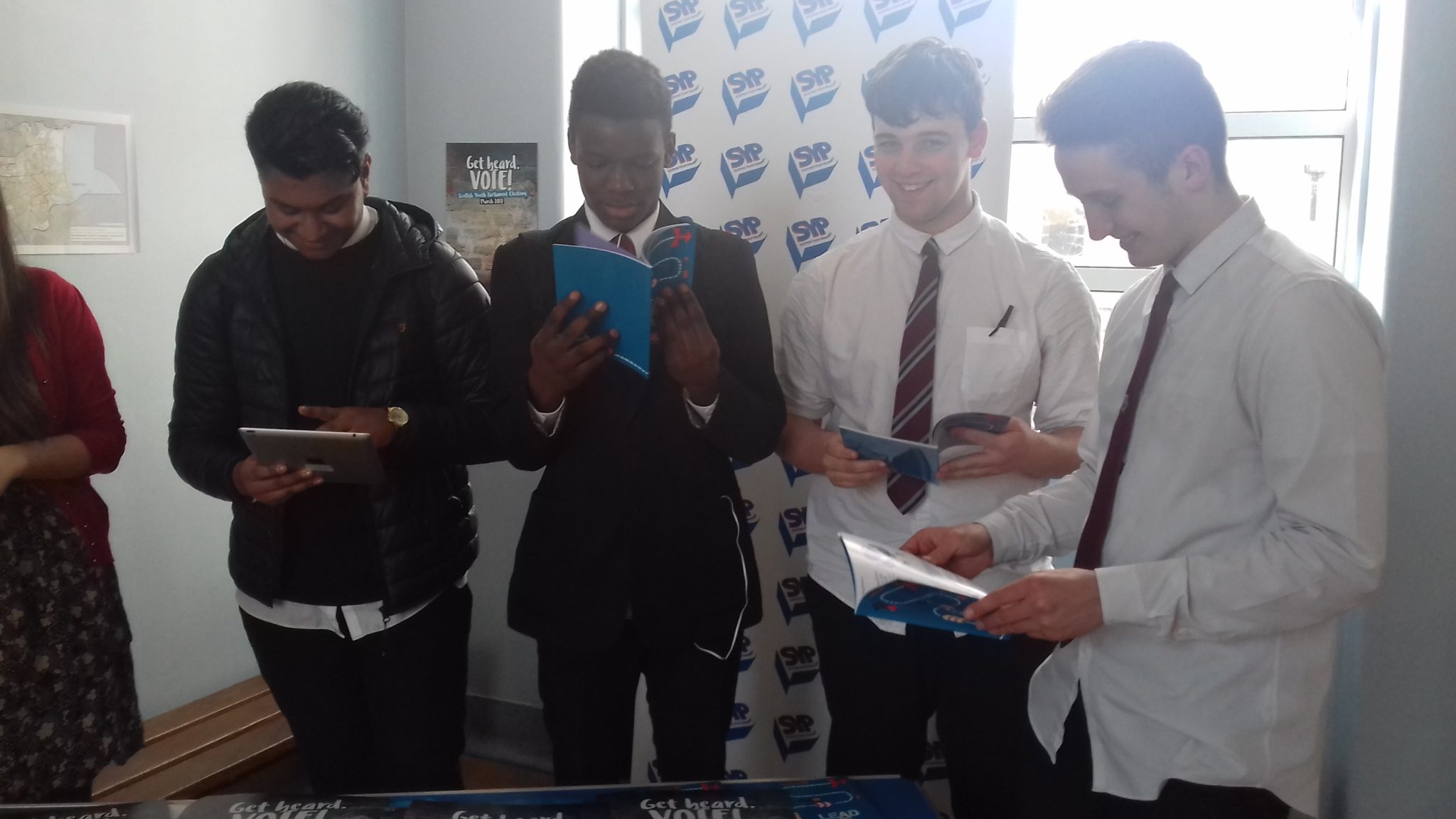 Youth Participation and Democracy in the City

The Scottish Youth Parliament (SYP) is democratically elected to represent Scotland’s young people.  They are a body of representatives who listen to young people, recognise issues that are important to them and act as advocates on their behalf ensuring their voices are heard.

During the first two weeks of March, the dates set by the official SYP, 6 schools around the City of Aberdeen and also RGU, engaged with the elections process.  This involved attending assemblies , pop up election stalls at lunchtimes in school canteens or libraries, and also class input.  We engaged with approximately 2000 young people, and this does not include the wider numbers who engaged via social media which will have been widespread.

The schools who were keen to be involved were:

It was an extremely positive experience for all those who were involved.  The numbers of young people who actively participated voting were high, which is encouraging, especially during these politically active times in our country.  Another positive to be taken from this experience is a fresh interest in the Aberdeen Youth Council, the official voice of young people in Aberdeen.  New members are always needed, so this interest will be followed up, and actively encouraged.

All the candidates prepared a small 1.5 minute video about themselves and their manifesto.  This was used during our talks to great effect, as the young people could put a name to the face and it also generated discussion in some of the classes we attended.  The overall number of votes is an incredible 1729!  Few were spoiled votes, and there were some blank ones that were also put into the ballot box as a vote.  The breakdown of MSYP candidates and their results are as follows:

Thank you to Ryan McQueen and Piotr Teodorowski for their efforts as members of the Scottish Youth Parliament for Aberdeen Central over the past year.

You have both contributed so much to providing young people in Aberdeen with a voice to express their concerns and ideas both as part of SYP and Aberdeen City Youth Council, SHMU and South Catchers we know your commitment and dedication contributions will continue to benefit young people in Aberdeen.   We look forward to further working collaboration very soon and wish you both the very best of luck! (Nikki Mayers, CLYW, Youth Democracy team).

The Youth Democracy Team are looking forward to successful outcomes from this experience, and are keen to continue promoting the #right2vote campaign. Some schools are keen for us to be involved in projects  later in the school year.  This is encouraging and hopefully will be a positive collaborative area of work to be developed and faciliatated.