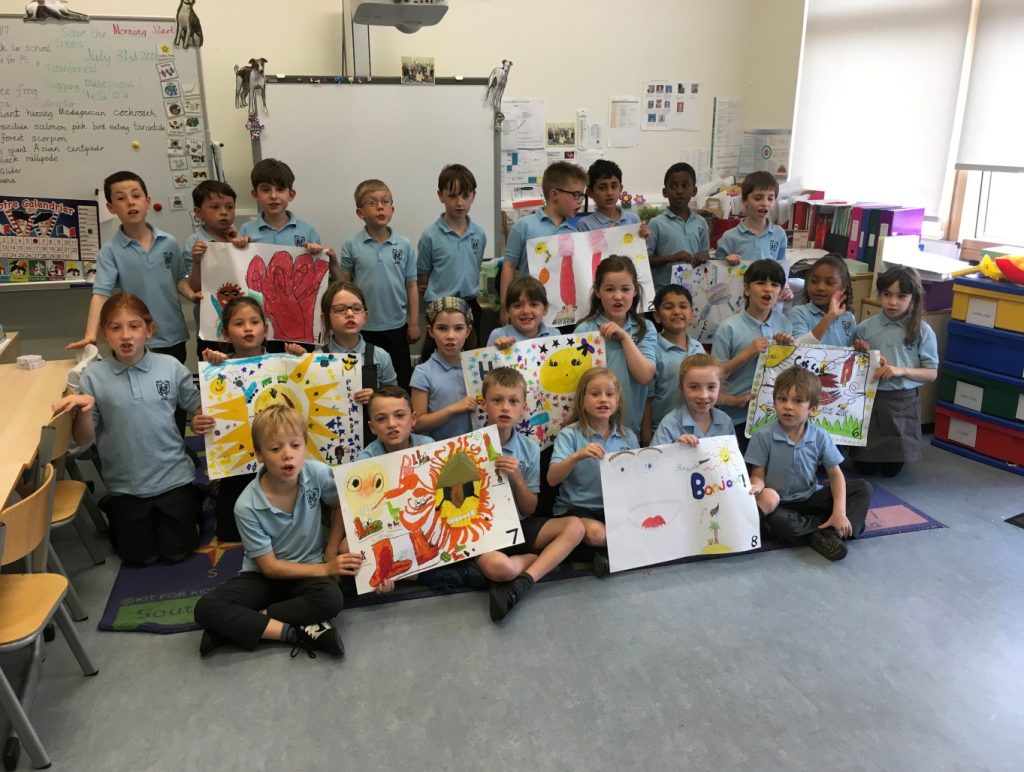 This annual singing/art event, organised with Modern Languages Curriculum Support Officers in Clermont-Ferrand, has a different theme each year.  This year the theme was SunnySing and pupils learned songs in both English and in French.  Schools also created ‘Sunny displays’.  Jo Dillon from Brimmond School whose pupils connected via Face Time with the Ecole Artonne commented that ‘it was a great experience for the pupils and they loved it!’  A booklet and cd will be delivered to each participating school early next session.